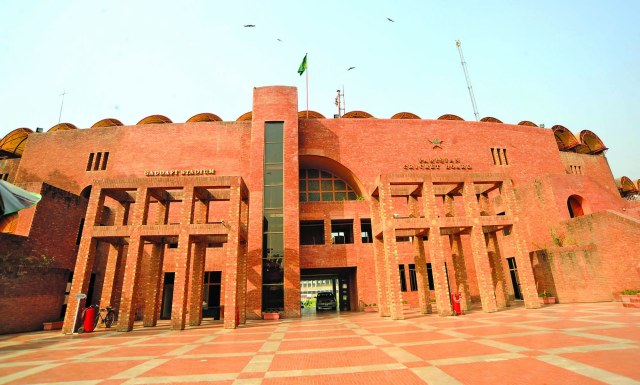 In the wake of the Libyan conflict and the death of Muammar al-Gaddafi, Lahore’s Gaddafi Stadium has been the subject of controversy, as many people feel that it should be renamed. The issue remains unresolved and the Stadium continues to be one of Lahore’s best-known landmarks.

Designed by Nasreddin Murat Khan (who designed the Minar-e-Pakistan) the Stadium was completed in 1959, and was initially called the Lahore Stadium.

In 1974, the then prime minister Zulfikar Ali Bhutto renamed it Gaddafi Stadium to honour the Libyan leader who advocated Pakistan’s right to use nuclear weapons at the second summit meeting of the Organisation of Islamic Conference.

Over the years, the Stadium has served as the venue for several memorable cricket matches. These include a test match between Pakistan and India in 1978 (which Pakistan won) and the World Cup semi-final in 1987. The headquarters of the Pakistan Cricket Board (PCB) are also located there.

The 1996 World Cup final was also played at Gaddafi Stadium; in preparation for the event, it was renovated by architect Nayyar Ali Dada who introduced Mughal inspired brickwork and arches to the Stadium.

Apart from being the venue for cricket matches, the Stadium is also considered to be one of Lahore’s primary commercial areas, due to the slew of stores and dining venues that surround it. 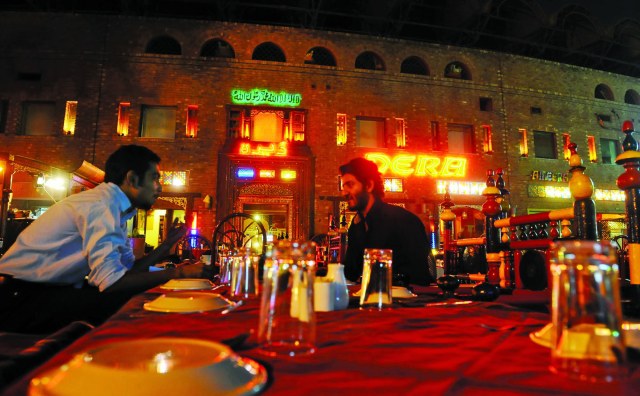 Popular foodie haunts include The Hot Spot, Café Life and the Blue Basil, which serve continental cuisine and cater to Lahore’s ‘trendier’ set. The Stadium’s primary attraction remains Dera, a restaurant, where specialities include a killer Chicken Mughalai and mutton chops. It is said that there is no better way to polish off either dish than with an ice-cold lassi while sitting on a manji (charpoy).

There is also plenty of commercial activity around the Stadium, ranging from travel agencies, event management companies and computer stores to high-end stores such as Tesoro Accessories and Haroon’s Gift Shop known for their handbags, home accessories and jewellery.

And for bookworms, there is the old-time favourite, Ferozsons, and the recently opened The Last Word (located within the premises of The Hot Spot), where you can find anything from comic books to Booker Prize winning novels.

With all this, and then some, little wonder that the Stadium remains a hub of activity, especially in the evenings.

As to whether a name change could be in the offing, it might serve to remember that Mall Road continues to be called so despite the fact that it was renamed Shahrah-e-Quaid-e-Azam. So the chances are that the Gaddafi Stadium may well continue to be called just that.

First published in the Real Estate Section of The DAWN National Weekend Advertiser on October 30, 2011.