Shahrah-e-Faisal, MM Alam Road and Constitution Avenue are all vital arteries for the cities they are located in. However, few roads are as important to the economy of the entire country as II (Ismail Ibrahim) Chundrigar Road in Karachi. Aptly named after Pakistan’s first Minister of Trade and Commerce (and sixth Prime Minister), the Road is known as the Wall Street of Pakistan. 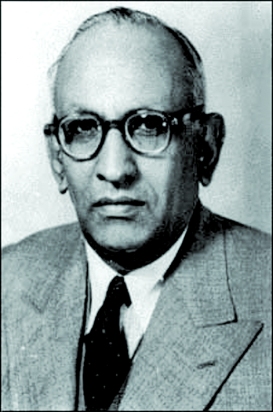 Big Money, Big Time… Every major bank, auditor, brokerage and other business involved in the financial services sector has an office on the road, including the State Bank of Pakistan (considered Pakistan’s best performing state institution) and the Karachi Stock exchange. II Chundrigar Road is also where much of the media industry lives as most of the country’s major newspapers and media networks operate from there.

For the bits and bytes… A surprising result of all the business activity on the Road is the emergence of Karachi’s (and Pakistan’s) largest computer market. Located next to the Habib Bank Plaza, the ceramic-tiled, mall-styled Techno City caters to both individuals and businesses in search of the latest laptops, desktops, computer parts and peripherals. Across from it, Uniplaza is a veritable bazaar of ink refillers, computer technicians and second hand computers.

Colonial and post-colonial gems… the medieval and gothic styled Merewether Tower on the west side of the Road is one of Karachi’s oldest landmarks and was once the tallest building in the city. A short drive away sits the State Bank of Pakistan annexe; made out of distinctly pink coloured Jodhpur stone it is reminiscent of the British Raj. Post independence icons of architecture on the Road include the Habib Bank Plaza with its distinctly contemporary façade and the urban and modernist MCB Tower, the tallest building in Pakistan.

Feeding the moneymakers… Most of the ‘suits’ on the road would shy away from admitting it, but Khairabad is a popular haunt with them, famed for its chilloo kabab and achaar dal. For a more hospitable environment, there are KFC, Subway and Pizza Hut, while up scale palettes can be found lounging at The Elbow Room during lunch – and after.

In a nutshell… If it weren’t for the brokers shouting out their bids at the Karachi Stock Exchange, the news crews buzzing in front of the State Bank or the mad traffic surrounding Technocity, you could almost smell the money on II Chundrigar Road.
In Pakistan, the Road is as close as it gets to the skyscrapers and mad mob of walking ‘suits’ glamorised in the movies.

First published in the Real Estate Section of The DAWN National Weekend Advertiser on August 12, 2012.