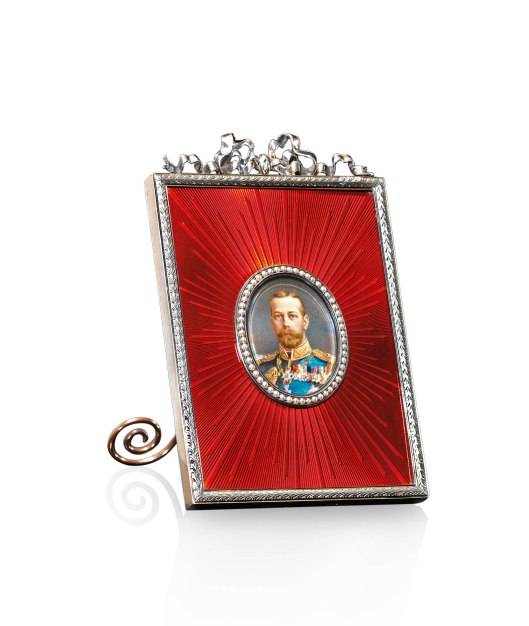 Over the coming weeks I will be looking back at some of my favourite highlights of the season and sharing with you what made them so special.

Royal provenance continues to stand the test of time, with appeal that transcends cultures and geographies. This was most recently highlighted by the success of treasured possessions auctioned from Harewood House in England. Harewood: Collecting in the Royal Tradition featured many works with the royal provenance of HRH The Princess Mary, Princess Royal and Countess of Harewood (1897-1965), the only daughter of HM King George V and HM Queen Mary, and aunt to the current Queen of England, HM Elizabeth II.

In the early 20th century, many European royal families shared an enthusiasm for the precious and exquisitely crafted objets de vertu created by Fabergé in St Petersburg, often exchanging them as presents to mark significant occasions. A particularly evocative and personal piece sold was a jewelled Fabergé picture frame, with a miniature of HM King George V. Having been offered with an estimate of £30,000-50,000 it sparked competitive bidding and sold for £58,850.

First published in the Adbuzzzz Section of The DAWN National Weekend Advertiser on December 23, 2012.