Evoking the Mughals… Four separate entrances lead into the park and at one of them stands a Mughal-inspired, white structure, which serves as the Park’s centrepiece. It is there that many visitors choose to pose for photographs. There is also a rock in a small pond which carries an inscription of the date when the park’s foundation stone was laid by the then Prime Minister Nawaz Sharif (June 8, 1992). However, it wasn’t until the mid-nineties that that the Park was landscaped and became a full-fledged recreation spot. 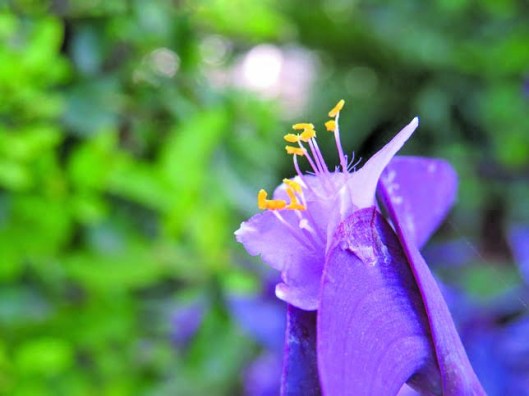 Plenty of colourful flowers and plants

Trees, flowers and spiralling walkways… Spread over 750 acres, the park has vast, green and well kept expanses and paved walkways that spiral through towering pine trees that are now changing colour as autumn approaches. Statuary dots the landscape as do sculptures, gazebos and murals, one of which is a slab inscribed with hieroglyphics, and is extremely eye-catching. 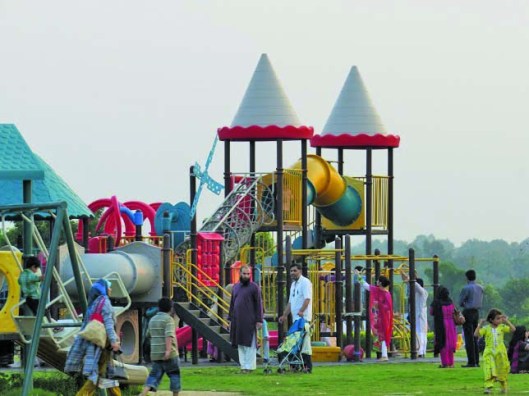 The park is a favourite among children

Something for everybody… Given the size of the park, it is not surprising that people from various walks of life visit it. People in search of solitude enjoy a cup of coffee as they relax on a bench, fitness enthusiasts jog along the tracks, while families picnic or barbeque along one of the many ponds. The play area has plenty of swings and seesaws, which makes it a favourite among children.

Games, food and shopping… The Mega Zone is a major attraction, thanks to the indoor games on offer. These include bowling, laser shooting, snooker and video games. A small shopping mall has recently sprung up, with shops that primarily deal in clothing, shoes and jewellery. Nearby is a McDonald’s.

Festivals on the go… Over the years, the park has become the venue for several events. These include an annual Car Show, Basant mela and musical concerts, while on Eid, a full fledged mela is held.

In a nutshell… Fatima Jinnah Park is one of Islamabad’s most popular recreational venues, and over the years the number of activities available has increased substantially. It is particularly striking these days as the trees change colour. And best of all, there is plenty of parking for visitors.

First published in the Real Estate section of The DAWN National Weekend Advertiser on September 29, 2013.