A question I am often asked by new graduates (and even mid-level executives) regarding a job offer usually revolves around the expected paycheque. This is all the information they provide and expect profound advice on whether or not they should take it. However, if this is all you are taking into account when considering which company to join, then you have a very narrow view of things.

Now, you might think that a ‘broader view’ is one where you monetise all the perquisites and benefits and then make a comparison. Well, that still will not give you a complete picture. Then what should you be looking at?

First, an illustration to help us. If pay is the ‘largest room’ in the house, then the other rooms tend to be very small. Translation: many companies balance pay with a host of other opportunities (the Employee Value Proposition) that frankly, money cannot buy. END_OF_DOCUMENT_TOKEN_TO_BE_REPLACED

The financial crisis of 2008 adversely affected global economies due to a focus on performance at the expense of everything else. However, we are now living in a world where the focus on the shareholder is shifting to a focus on the stakeholder because you cannot enrich the shareholder at the expense of the other stakeholders: employees, consumers, regulatory bodies and society.

Stakeholder management means that in order for a business to be sustainable and prosper, it has to produce profits over time, but that should not be its sole purpose; the focus has to shift to the whole rather than its parts. END_OF_DOCUMENT_TOKEN_TO_BE_REPLACED 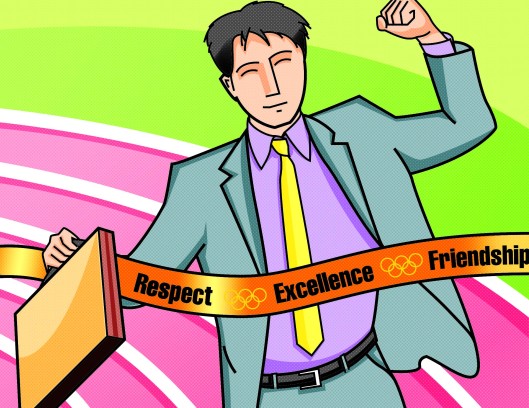 Olympism, also known as the Olympic Movement, is a philosophy that is an integral component of the Olympic Games which will begin in London on July 27. It is hinged on three fundamental values: respect, excellence and friendship.

By reflecting on the translatable behaviours and ethics of Olympism, we can embody these values to overcome personal barriers and reach new heights in the workplace.

1. Respect refers to respect for ourselves, for one another, for the rules, for fair play, knowing one’s own limits, acknowledging and being considerate towards other people and their feelings and keeping an open mind and being non-judgemental. This contributes towards removing prejudices and developing a more open and inclusive workplace. The universal value of respect is demonstrated via language, behaviour and actions. The Golden Rule sums up respect: “treat others as you would wish to be treated.”

2. Excellence describes the quality of effort that should go into one’s work. This value refers to giving one’s best, without over-emphasising comparative performance yet still being determined to achieve one’s personal objectives. Excellence is not just about winning, but also about participating, being dedicated, having high expectations of oneself and striving to do one’s best. This value is captured in the Olympic Motto, Citius, Altius, Fortius (Faster, Higher, Stronger).

3. Friendship is about understanding each other, providing encouragement, communicating well, being co-operative, recognising other people’s strengths and making decisions based on ‘the good of the team’ rather than thinking of just oneself.

In essence, the Olympic Games are about much more than sporting excellence; individuals – and organisations – can adopt these values to make the most of their talents, promote the spirit of competition, the pursuit of excellence and a sense of fair play.