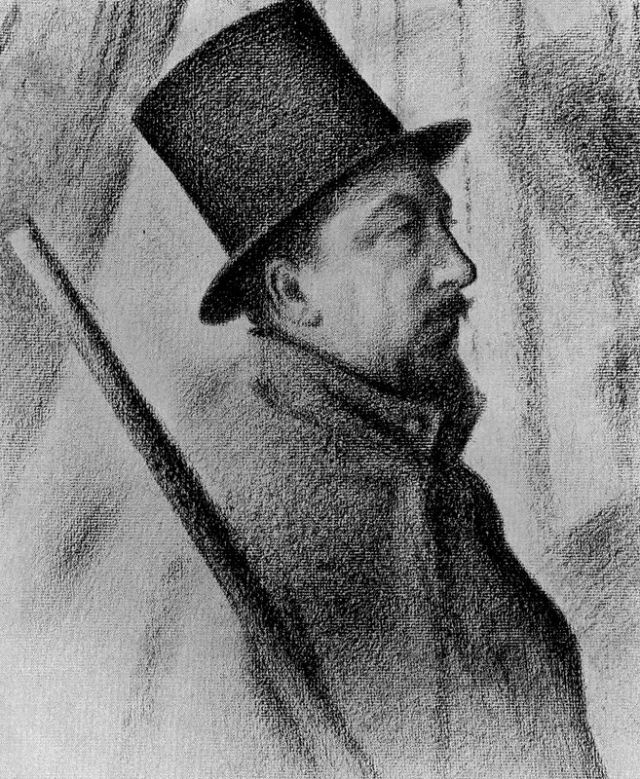 The French artist Paul Victor Jules Signac was born in Paris on November 11, 1863. When he was 18 years old, he attended an exhibition that showcased the work of the renowned impressionist painter, Claude Monet and was so inspired by the work on display that he decided to become a painter himself.

Signac is believed to have developed the Pointillist technique in collaboration with his artist friend Georges Seurat; the technique, which is apparent in many of his works, employs the use of small distinct dots of different colours to form an image.

This month, two of Signac’s paintings have been auctioned at Sotheby’s and Christies in London.

According to Holly Brackenbury, Director and Specialist in South Asian Art at Sotheby’s London, it “is an exquisite example of the artist’s mastery of the Pointillist technique. The painting is composed of a series of staccato brushstrokes that use an ‘optical mixing’ of colours to achieve an ultimate sensation of pure light and colour.”

Amin Jaffer, International Director, Asian Art at Christie’sLondon, observes the painting “is a very accomplished example of Signac’s mature style, having moved on from meticulous Pointillism, inspired by Seurat, towards a focus on chromatic brilliance and a sense of overall harmony.”

Given the fact that both of the abovementioned paintings by Signac realised more than their estimated price, it is safe to say that the technique continues to be appreciated to this day.