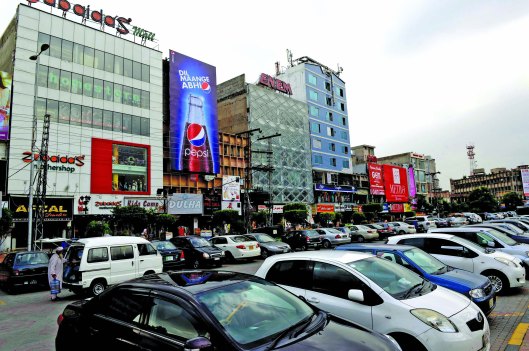 Noor Jehan Road lies perpendicular to Lahore’s fashionable MM Alam Road, stretching between Hussain Chowk and Gaddafi Stadium. It is named after the legendary diva and ‘Queen of Melody’, Noor Jehan who once owned a palatial home there.

END_OF_DOCUMENT_TOKEN_TO_BE_REPLACED

Located on Lahore’s famed Mall Road, Tollinton Market was one of the first buildings to be built during the British Raj and remains one of Lahore’s most well-known landmarks. It was of designed by one of the Punjab’s foremost architects, Bhai Ram Singh.

From a museum to a market… The building was constructed in 1864 to host the Punjab Exhibition which was inaugurated by Lt Governor Sir Robert Montgomery and showcased manufactured goods, antiques and paintings. Later that year, one wing of the building served as the Lahore Museum while the remainder was used as a hall for public meetings. A few decades later, probably in the late 1910s, the building was converted into a market where one could buy fresh fruit and vegetables, groceries and poultry. END_OF_DOCUMENT_TOKEN_TO_BE_REPLACED