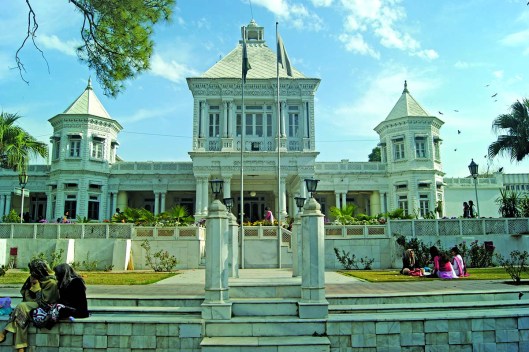 International Women’s Day will be celebrated on March 8, so this may be an ideal time to learn more about Rawalpindi’s Fatima Jinnah Women University (FJWU) – the first university dedicated solely to educating women in Pakistan. (Incidentally, the first college for women was APWA, which came into being in Karachi in 1949).

History and education… FJWU was established in 1998. Since its inception, thousands of women from across Pakistan have been educated there and have pursued Masters and PhD programmes. The campus building is an imposing white, with impressive columns and turrets. It also has an interesting history as it was constructed as a residence by two Sikh brothers Mohan and Sohan Singh (most likely prior to Partition given the Victorian influenced architecture), and in the early 1960s it served as the Presidency of Pakistan.

Serenity in Civil Lines… A five-minute drive away from FJWU is Civil Lines – an elite residential neighbourhood established during the British Raj to serve as the residence of civil officers (this is how it got its name). Today, Civil Lines is considered to be one of Rawalpindi’s most upscale neighbourhoods, with large houses, well maintained parks, mosques and a few grocery stores; it remains peaceful thanks to minimal commercialisation. Consequently, shopping and dining avenues there are next to non-existent; however, plenty of options are located within a 10-minute drive, and include Diva Restaurant, Pappasallis, Pearl Continental Hotel, Usmania Restaurant and McDonald’s. Saddar Bazaar is also located in proximity, as is Jinnah Park, which also has a movie theatre.

The real estate take… Classified as a premium residential area, property options in Civil Lines are largely limited to large houses constructed on 500, 1,000 and 4,000 square yard plots. Property is in high demand; prices and rentals have increased by 40% in the last two years and are among the highest in Rawalpindi.

In a nutshell… This part of Rawalpindi is, for the most part, quiet, serene and green, and the presence of the prominent white building that houses FJWU adds to its appeal.

Whether quietly or to global acclaim, the women of Pakistan are walking their talk towards equality (a recent example is Sharmeen Obaid-Chinoy’s second Oscar for Pakistan last Sunday) and as they are doing so in a style so fine, bouquets of recognition are in order on this year’s International Women’s Day (March 8); this year’s theme is ‘Pledge For Parity’.

Yellow flowers symbolise International Women’s Day in countries all around the world with the fragrant mimosa being the Italian favourite. The global tradition is to present bouquets of these glorious flowers to the women in your life, and should be definitely practised in Pakistan. END_OF_DOCUMENT_TOKEN_TO_BE_REPLACED 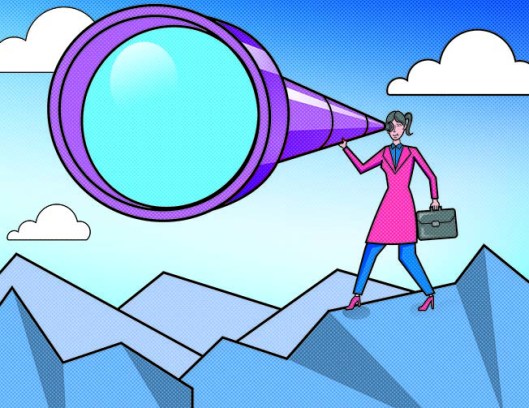 According to Alexia Parks, author of Hardwired: The 10 Major Traits of Women Hardwired By Evolution That Can Save The World, “Women are hardwired by evolution with the traits of being a great leader; they are naturally compassionate and have a more collaborative, mentor-oriented approach to leadership.”

The leadership traits that enable women to influence positive outcomes with maximum impact in the workplace include:

1. Women are optimistic. When confronted with less than ideal situations, women have a propensity to look for opportunities for improvement and growth, both personally and for the organisation. This ability to look at the glass as half-full rather than half-empty enables them to manage crises effectively and at the same time bring in operational and policy changes that add value to the business. END_OF_DOCUMENT_TOKEN_TO_BE_REPLACED

areas where spas are located in Pakistan, cost of setting up a spa in Pakistan, design features in spas, International Women's Day, investing in spas in Pakistan, spas

Today is International Women’s Day, and there is no time more appropriate for women (and men) to de-stress, unwind and pamper themselves by visiting a high-end spa, a real estate trend that is gaining traction in Pakistan’s metropolitan cities.

If you are considering in investing in a spa, factor in the following:

1. The cost of setting up a spa ranges between five and 15 million rupees; the expected return on investment (ROI) ranges between 20 to 30% over a period of two to three years. END_OF_DOCUMENT_TOKEN_TO_BE_REPLACED

I tell my women patients that looking after their health is vital in ensuring that their family also stays healthy and happy.

Recently, a healthy looking 25-year-old woman came to my clinic complaining that she had been rejected as a blood donor: “I was told I am anaemic as my haemoglobin level is very low. I am young, I avoid fast food and exercise regularly, so how is this possible?” END_OF_DOCUMENT_TOKEN_TO_BE_REPLACED

Ever since the earliest automobile race was organised in Europe in 1887, a number of pioneering women drivers have struggled to stand shoulder to shoulder with their male compatriots in the racing circuits of the world.

This has been a complicated affair because although no law bars women from driving in competitive motorsports, it has been an uphill task to change the mindset of a number of institutions that have kept these sports male dominated. As far back as 1903, women like France’s Camille Du Gast and Britain’s Dorothy Levitt have challenged norms and began racing professionally.

Across the Atlantic, the struggle was no less arduous. The Sports Car Club of America (SCCA) was formed in 1944 to promote motorsports and had an exclusively white male membership. As SCCA membership was given through references, women could only hope to enter the racing circuit either as navigators or eye-candy to prominent drivers. In the 1950s, the SCCA gave permission for “ladies races” which opened doors to women. This ultimately led to Donna Mae Mimms accomplishing the unthinkable in 1963 by winning the SCCA National Championship. END_OF_DOCUMENT_TOKEN_TO_BE_REPLACED 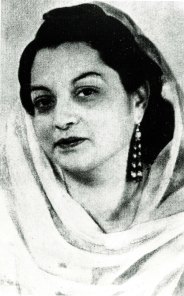 As International Women’s Day is celebrated today, this is the ideal time to pay homage to The All Pakistan Women’s Association (APWA) Girls College – Pakistan’s first higher educational institution for girls. The College was the brainchild of Begum Rana Liaquat Ali Khan, one of Pakistan’s most well-respected women’s rights activists, who founded The All Pakistan Women’s Association in 1949.

Quality education for girls… Generations of Pakistani women have been educated at APWA Girls College; it was established in the 1950s as a single-storey building with about a dozen students. Today, it is considered to be one of the most highly reputed and affordable higher education institutions in north Karachi. The main campus building consists of several floors that accommodate increasing student admissions.

The APWA Girls College was established in the 1950s

Calling shopaholics and foodies… The nearby Meena Bazaar is a shopping haven; it is best known for its signature Arabic, Indian and Sudani henna designs, imitation jewellery, bags and accessories. Faisal Bazaar, a few minutes’ walk away, is a go-to place for intricately embroidered fabric and Banarsi saris. Foodies can stop at the myriad eateries nearby for gol gappas and chaat, or the Hussainabad Food Street, famous for its nihari, chargha and siri paya.

The real estate take… Residential property options in F.B. Area include houses which are built on large plots (among the most expensive in Karachi) and apartments. Large houses are increasingly being demolished to make place for apartment buildings or repurposed as commercial spaces. Commercial property options include standalone shops and retail spaces in low rise buildings. Property is in high demand; prices and rentals increase by 10 to 15% every year.

In a nutshell… Despite offering plenty of recreational, shopping and foodie options, it is APWA Girls College that continues to be F.B. Area’s best known landmark.

First published in the Real Estate Section of The DAWN National Weekend Advertiser on March 8, 2015. 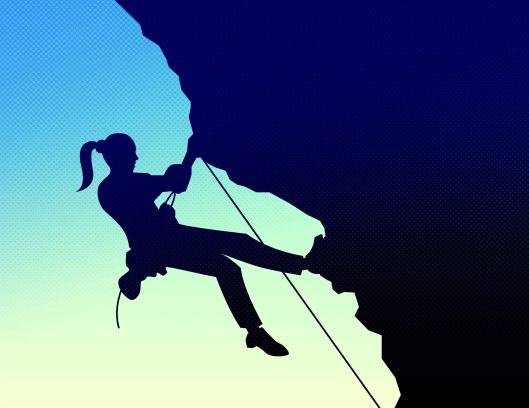 Despite changes in the corporate world in the last few years, career and promotional opportunities continue to reflect traditional, male-dominated models. Despite the fact that women make up an estimated 4.6% of board members in Pakistani companies, female participation in the workforce stands at approximately 28%. Furthermore, despite the fact that nearly seven million women entered the workforce between 2000 and 2011, they are concentrated in certain occupational groupings and are under represented in management.*

One of the main barriers in the career progress of women is the ‘glass ceiling’ (vertical gender segregation). Yet, according to Rebecca Shambaugh’s bestselling book It’s Not a Glass Ceiling, It’s a Sticky Floor: Free Yourself From the Hidden Behaviours Sabotaging Your Career Success (2007), the real obstacles to women’s advancement are right below their own feet – the ‘sticky floors’ – self-limiting beliefs, assumptions and behaviours that hinder their ability to break the middle-management bottlenecks that keep them stuck near the bottom half of the ladder. END_OF_DOCUMENT_TOKEN_TO_BE_REPLACED

The woman who stole the limelight in 2014 is actually barely one. Pakistani teenager Malala Yousafzai gave Pakistan much-needed joy and optimism by being the co-winner of the Nobel Peace Prize. She is also the youngest Nobel Laureate for peace.

Malala has become a role model for millions of girls – and not only in Pakistan. By demonstrating a generosity of spirit and clarity of thought, she has shown that the Nobel Prize – and the countless prestigious others given to her earlier – has not gone to her head.  END_OF_DOCUMENT_TOKEN_TO_BE_REPLACED

It is 18 years since Pakistan signed the UN Convention for the Elimination of all forms of Discrimination Against Women (CEDAW). However, Pakistan falls far short of its commitment to the international community to ensure equal rights for women. By not implementing the provisions of CEDAW, the Pakistani government is – to put it bluntly – cheating the international community, apart from, of course, perpetuating discrimination against half of its citizens. Every year the shadow report put together by NGOs attempts to tell the truth about the status of women in Pakistan.